Auto Raposo Tavares SA – CART, a company controlled by Investimentos e Participações in Infraestrutura SA – INVEPAR, is a special purpose company whose sole purpose is to manage and operate the Raposo Tavares road corridor, granted by the Government of the State of São Paulo, through ARTESP, São Paulo State Delegated Public Transport Regulatory Agency. Those who travel in the Midwest of São Paulo, pass by the highways managed by CART. The Raposo Tavares Corridor connects more than 34 municipalities and gives access to the beginning of the SP-280 Castelo Branco Highway, in addition to the important connection with Mato Grosso do Sul and northern Paraná. Therefore, it is of vital importance for cargo transportation between the Midwest, South and Southeast regions of the country. The following highways are part of the CART Corridor:

100%  Inverpar’s interest in the shareholding structure 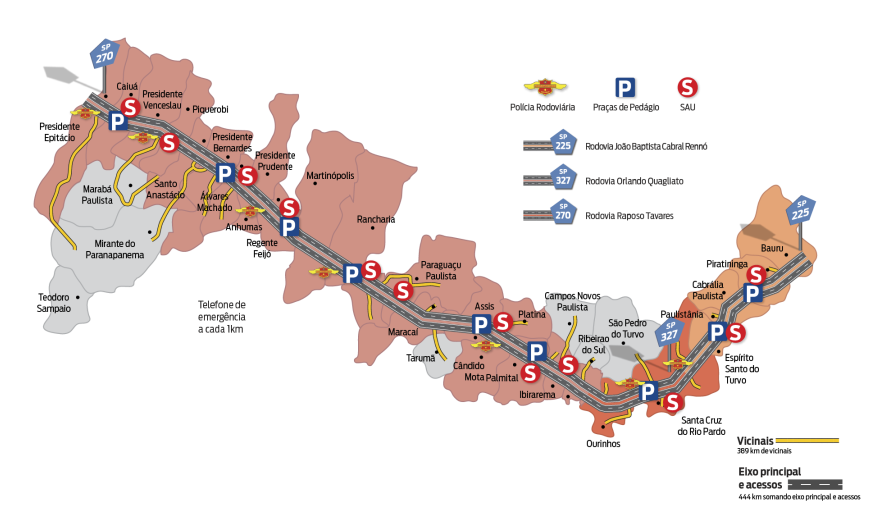